Well, I finally finished her dress the other day. It was laying on my sewing table just waiting for me to get the courage to put in the buttonholes. Who knew that putting buttonholes in a dress (or anything for that matter!) would be so daunting?!

I sat and stared at my sewing machine promising that if it would just help this fool, who decided it would be ok to start sewing, make buttonholes without ruining this dress, I would promise to not kill it in a few short months! So I took a deep breath and began. To read my instruction manual that is. Hey! I'm no man! I'll stop and ask for instructions if need be, although, I rarely have to because I have an impeccable sense of direction! I'm not the kind of gal to jump head first into any project without researching it till I'm sure I'm competent enough to get it right, mostly.

So after a while I finally got the courage to actually sew the button holes, and I have to say it was a lot easier than I thought! Whew!! Only one of them is too big, and where's the hurt in that?? It is just a play dress after all. So anyhow here are a few pictures of the final dress!! And modeling them is my beautiful daughter, Kathryn!! 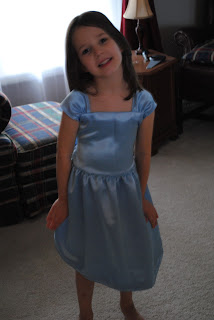 And this is not my design by the way! But I did do all the work, except pick out the fabric! That, my daughter did! 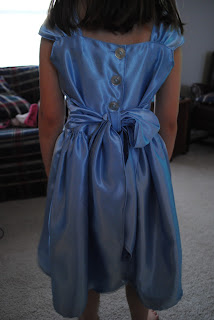 This is the back, and those buttonholes that had me all worked up about, but turned out just beautifully for a first timer! 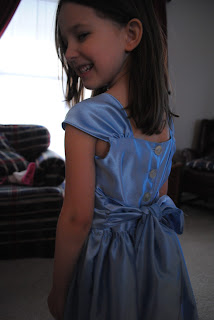 And one more, just for good measure! I love this girl so much!

I truly hope that she enjoys this dress until it literally falls apart on her! I hope she wears it all the time! I have enjoyed making it more than I thought I would, and I've enjoyed helping her to shape her dreams of being a fashion designer! I think I will make some skirts for her next!